Must-See Museums in and Near the French Quarter 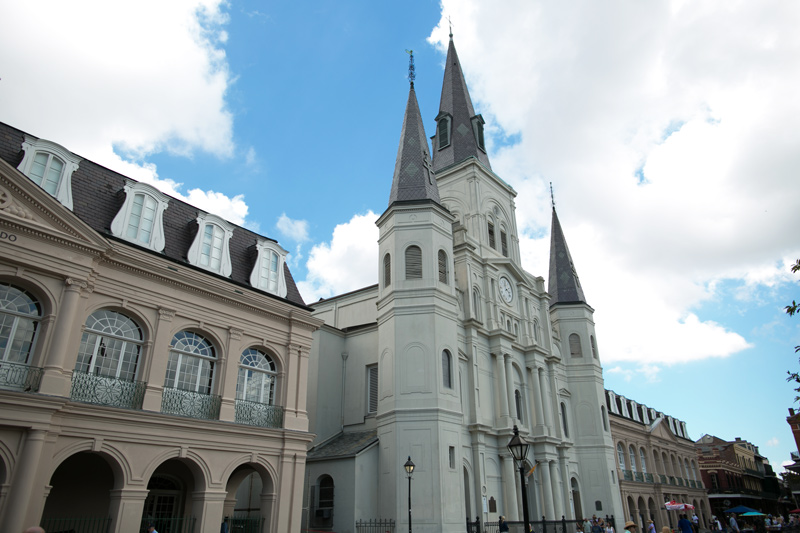 Yes, New Orleans (and the French Quarter in particular) is known more for its food, music and festivals rather than its museums but the city offers quite a few amazing educational and entertainment institutions that should make your bucket list. Several of those are located in the French Quarter, a short and easy walk away from the hotel, and a testament to New Orleans’ colorful past.

Some museums are more serious than others, and all tend to focus on the history of New Orleans and Louisiana. So take a break from the heat or the rain, and check out these museums. They will educate, entertain, and remind you that this magical 300-year-old city is a richly woven tapestry of different cultures, cuisines, musical notes, and its everlasting joie de vivre.

The Germaine Cazenave Wells Mardi Gras Museum is named after the daughter of Count Arnaud (local and honorary title only), who was the reigning Mardi Gras Queen of more than 22 balls between 1937 and 1968. The museum is located inside Arnaud’s Restaurant and is free to the public during business hours.

Since 1983, this unique museum showcases 13 of Mrs. Wells’ Mardi Gras queen costumes, plus the family Carnival costumes dating back to 1940s, including four king costumes of her father’s. The collection also includes dozens of vintage photographs, Mardi Gras masks and related Carnival memorabilia such as party invites and favors.

Located in the Tremé, which is the area adjacent to the French Quarter right across N. Rampart Street and the oldest African-American neighborhood in the United States, the Backstreet Cultural Museum is as unique as the city itself. It explores the rites and practices of the city’s African American population that are also interwoven with the French-Creole history of New Orleans. You’ll be led on an unforgettable tour of memorabilia indigenous to Mardi Gras, jazz funerals, second lines, Super Sunday, and other traditions that cannot be found anywhere else in the world.

The museum hosts the largest collection of Mardi Gras Indian costumes in the city. Those are fantastic creations made of beads, feathers and sequins that cost thousands of dollars, weigh hundreds of pounds, and require hundreds of days of painstaking labor, as no element of costume creation is automated. The museum’s collection also includes photos and video footage of Mardi Gras Indians, jazz funerals and second lines. Also, you never know when the Mardi Indians show up and where, but the Backstreet Cultural Museum is a reliable spot to catch them very early on Mardi Gras morning, along with the Baby Dolls and the North Side Skull & Bones Gang.

Built by Confederate General Pierre Gustave Toutant Beauregard in 1826, the Beauregard-Keyes House stands opposite the old Ursuline Convent, boasting a splendid garden and lavish interior. The house changed hands many times and is now owned by the Keyes Foundation, which was established by the late resident, Frances Parkinson Keyes, who has restored the house.

This restored Federal mansion was built in 1831 and features the only working open-hearth kitchen in New Orleans. The house, adjacent outbuildings, and the courtyard tell a story of what life was like for wealthy Creole families in 1830-1860s New Orleans. The interior is furnished with period pieces and historically accurate reproductions of carpets and upholstery. A lot of pieces, including family portraits and kitchen equipment, belonged to the generations of Creole families who’ve occupied the house in the past. There are several themed exhibitions held at the museum throughout the year, including “Death and Mourning” in the fall around Halloween and “Creole New Year” in the winter.

Madame John’s is considered one of the best examples of French colonial architecture in North America. It was built in 1788 and miraculously survived the infamous fire of 1794. This Creole compound, located on Dumaine Street between Royal and Chartres, consists of the main house, kitchen with cook’s quarters, and the two-story guest quarters. The main house is the only building open to the public. Today it belongs to the Louisiana State Museum and is undergoing renovation (so please check the museum’s website before you go).

Mardi Gras World is located along the Mississippi River, next to the Morial Convention Center. More than 80 percent of the parade floats that you see on the streets of New Orleans during the Carnival season are designed and built at this 300,000 square-foot warehouse that belongs to Kern Studios. The history of Kern Studios dates back to 1947 when it founded by float designer and builder Blaine Kern.

The guided tour covers the history of the Carnival that has begun in 1837 with floats pulled by mule-drawn carriages, including the balls, the krewes, and other traditions. If you want a tour, a Mardi Gras World shuttle can pick you up for free from one of the many designated locations downtown and in the French Quarter. There are no prearranged pickups, so just call 504-361-7821. Also, feel free to take advantage of a free slice of King Cake offered at the end of the tour (it’s not easy to find out of season), and the great views of the Mississippi River from the on-site café.

Located between Bourbon and Royal streets, the small but mighty New Orleans Historic Voodoo Museum intends to entertain but also preserve the legacy of New Orleans’ vodou history and culture. There you’ll find the historic relics, altars, paintings, sculptures, and yes, the vodou dolls. The exhibit explores the mysteries, legends, and traditions of vodou as we know it in New Orleans.

New Orleans Pharmacy Museum is housed in a two-story historic building that was the site of the apothecary shop of Louis Joseph Dufilho, Jr., America’s first licensed pharmacist. The museum features a diverse and extensive collection dating back to the 19th century. The first floor contains surgical instruments, books, patent medicines, and perfumes and cosmetics, among other artifacts. The second floor showcases the pharmacist’s quarters including a physician’s study and sick room, plus a collection of spectacles and locally excavated bottles. There’s also a lovely courtyard.

The Old Ursuline Convent was built in 1752, which makes it the oldest surviving example of the French colonial period in the country, circa Louis XV. The building has first served as a convent for the Ursuline nuns, and then, as centuries ticked on, it had been, at some point: a school, an archbishop’s and priests’ residence, archdiocesan offices/archives, and is now part of the Catholic Cultural Heritage Center of the Archdiocese of New Orleans. The museum is open for self-guided tours.

Built in 1835, the Old U.S. Mint uniquely served as both a U.S. and a Confederate Mint. The building is now a museum (free to the public) and research facility. It also serves as a site for several popular annual music festivals. The permanent collection showcases coins and stamping presses. Upstairs, you’ll find the “New Orleans Jazz” exhibit featuring priceless pieces like Louis Armstrong’s first cornet and Fats Domino’s Steinway grand piano, plus historic recordings and rare film footage.

The Cabildo and The Presbytère

Did you know that the 1803 Louisiana Purchase was signed at the Cabildo? This historic building served as the seat of government during the Spanish colonial rule and was built to replace the building claimed by the fire in 1794. Both buildings flank the St. Louis Cathedral and are run by the Louisiana State Museum. The Cabildo houses such precious artifacts as a painting of Marie Laveau by Frank Schneider and a rare Napoleon’s death mask.

Various locations in the French Quarter

The Historic New Orleans Collection (THNOC) is a museum and a research center spread over 10 historic buildings in the French Quarter. The Royal Street location (533 Royal St.) houses the main museum with a permanent exhibit on state history, plus rotating exhibits on history and art. The Chartres Street campus (400 and 410 Chartres St.) houses art galleries and the Williams Research Center.